Every Farm needs a Barn Door 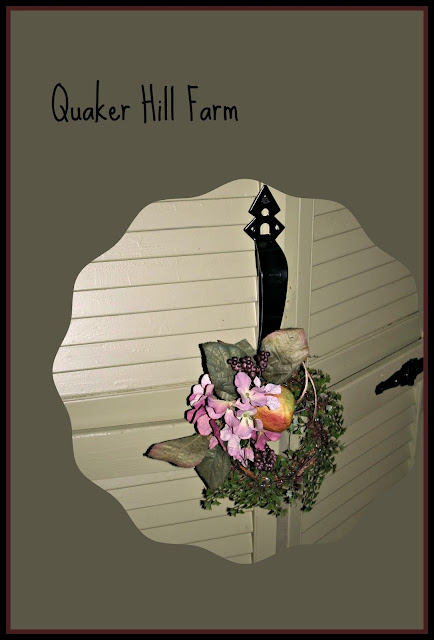 It is amazing what a bit of paint and new hardware can do for a door.  We have had the same bi fold doors in our home since it was built!  It definetly needed updated.  Recently the family gathering room had been painted and these doors were in one end of that room.  They certainly looked awful!  I wanted to update the doors but did not want to spend much money on them.  I had enough paint left from the paint project to use for the doors.  I had seen multiple projects on Pinterest to update bi fold doors and decided to try my hand at it. 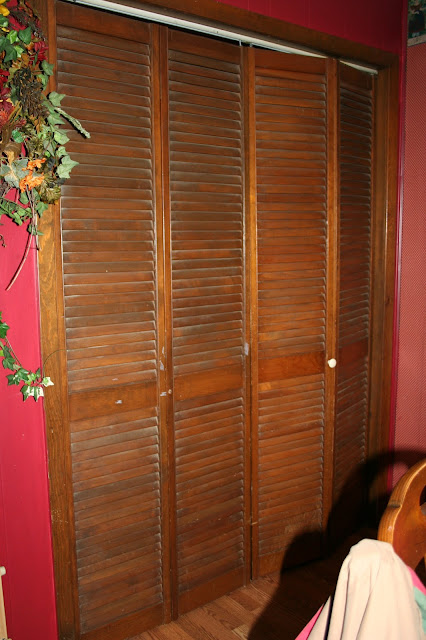 Pretty awful looking!  A good scrubbing was in order first.  The door needed more dimension.  One half inch pine boards were cut to fit each door section at the top, middle, and bottom. 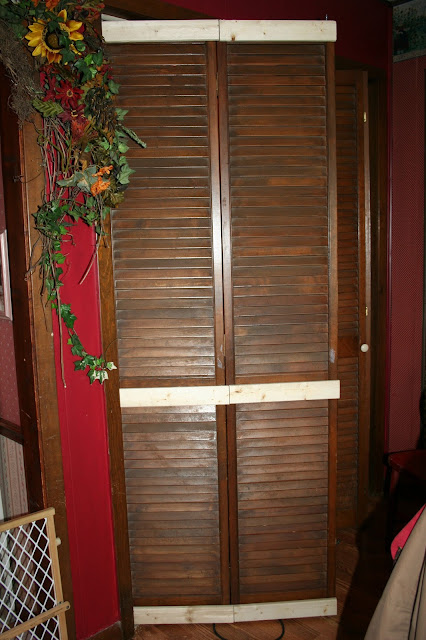 They were screwed onto the doors from the backside.

The doors were sanded a bit so that  the paint would adhere to the door.

The coat of paint itself was enough to make a huge difference in the way it looks.  New hardware was picked out which looks like something that would be used on a barn door. 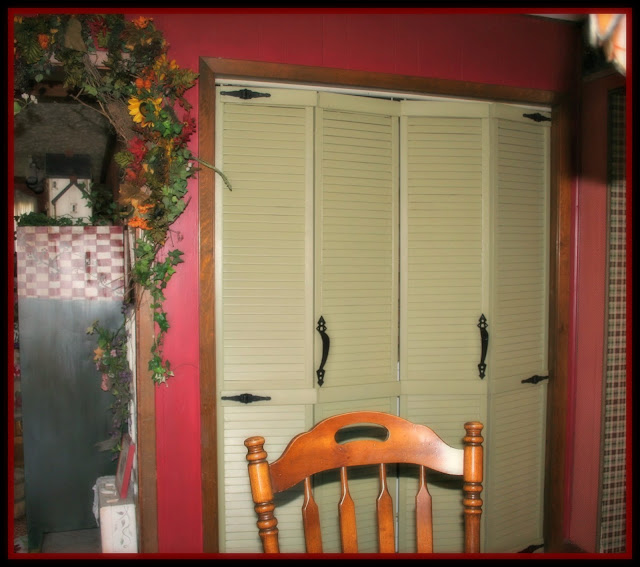 The doors still needed a little pop of color.  I had some grapevine wreaths in a smaller size and soft fall colors of silks. 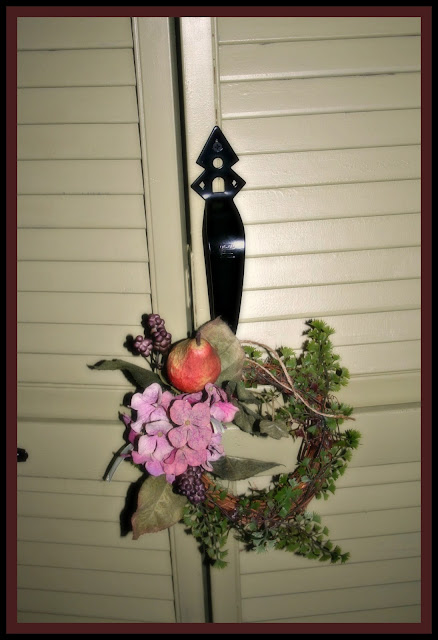 They were tied onto the handle with jute and can be changed easily with the season. 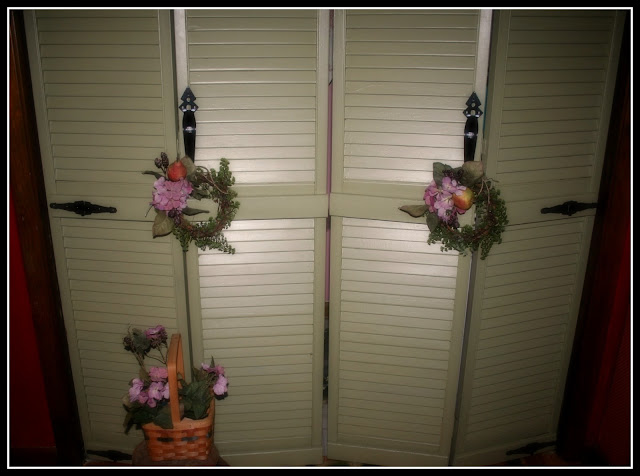 This is the old milking stool which my dad used when he had milk cows.  Very rustic and neat. 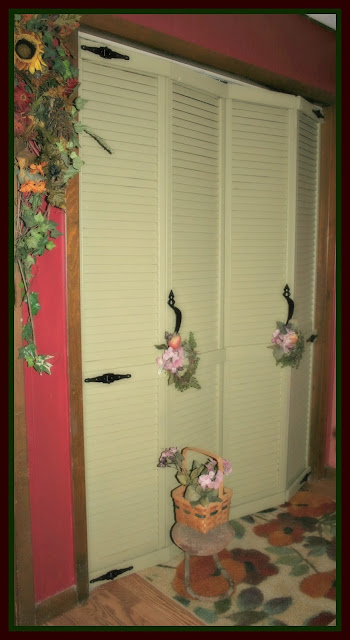 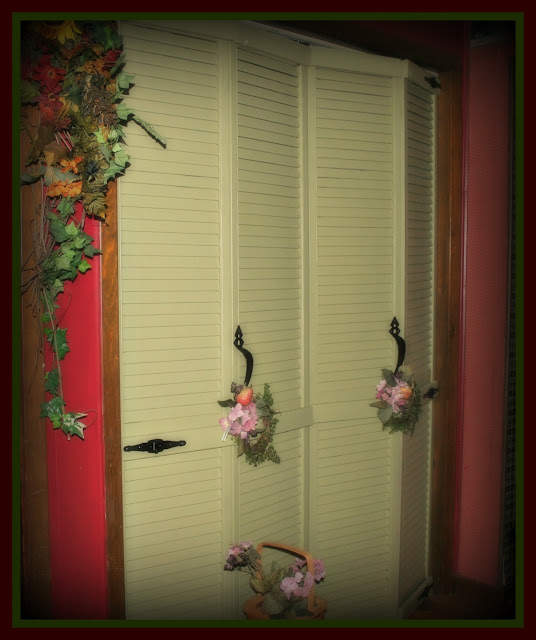 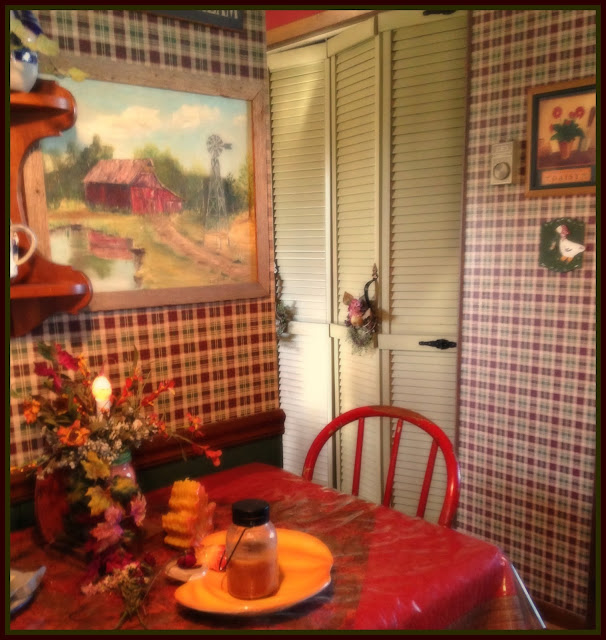 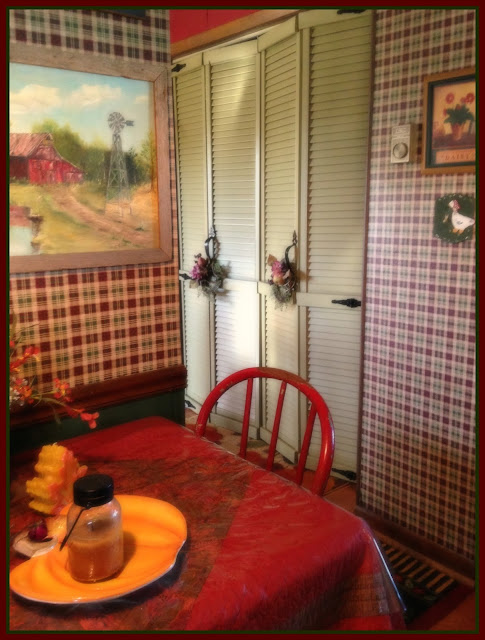 A view from the kitchen.
New doors would have definetly cost a ton of money! This project with left over paint, the new hardware, and the wreaths which I already had on hand cost well under $100.00.  Lowes cut the boards for me at no extra charge.  I just told them the measurements I needed and they cut them.  I did a quick check online and the cheapest I found to replace the doors per panel was $121.00 per side.  The hardware I found at Lowes.  This was a fun project and certainly brightens the corner of the room...

Now on to the curtains!  Never a dull moment at Quaker Hill Farm!


Posted by quakerhillfarm at 8:15 PM