On The First Day of Christmas My True Love Gave to Me... 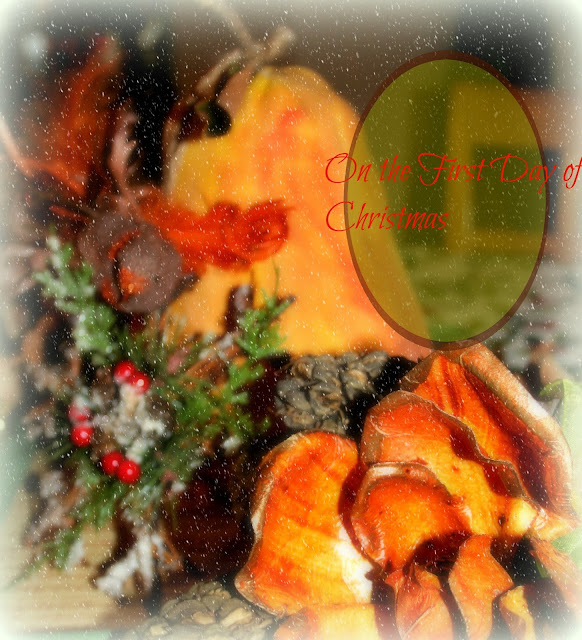 On the First Day of Christmas, my true love gave to me a partridge in a pear tree!  What better way to start the Christmas season than a watercolor painted pear and birdie.  This was such a fun centerpiece to put together.  A pretty tablecloth, picture frame and painted pear make up this unique table. 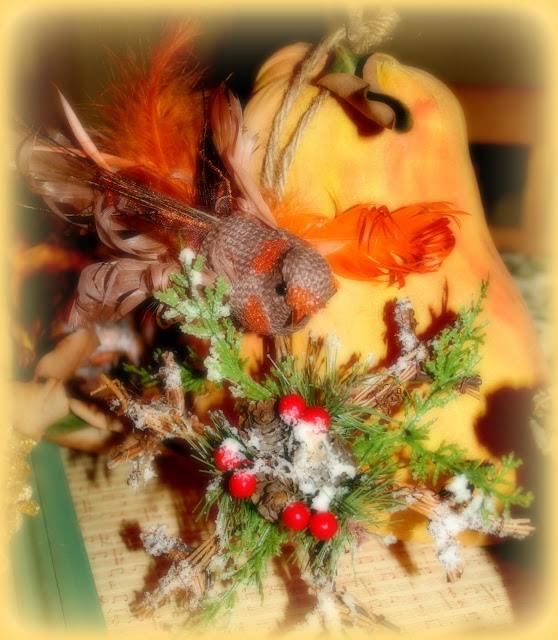 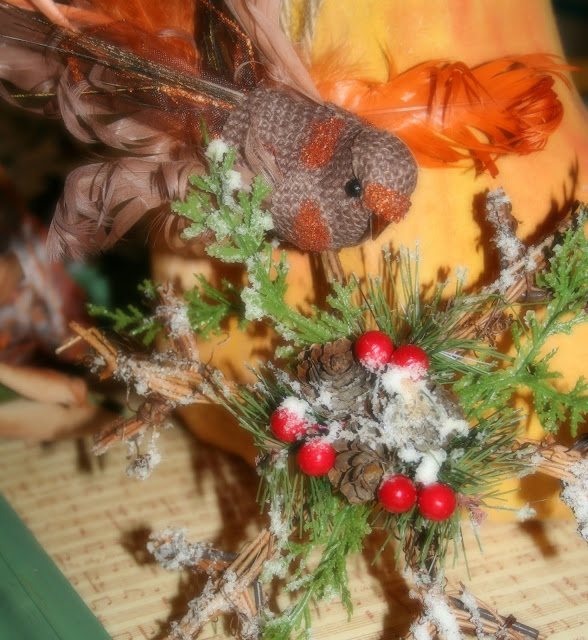 Extra touches of Christmas round out this piece.  The whole idea costs less than $10.00.

Hobby Lobby had the paper sheet music on sale 1/2 off.  Two pieces were purchased for a total of 50 cents. 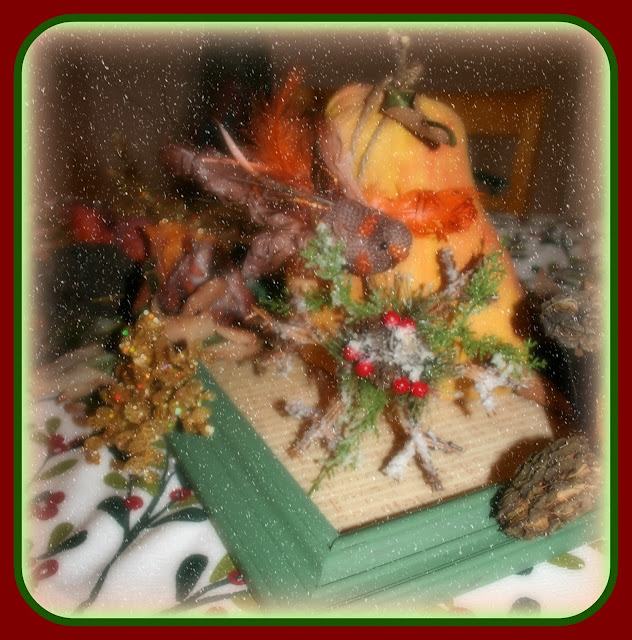 As the starting point, a pretty holly covered tablecloth was placed on our square dining table. 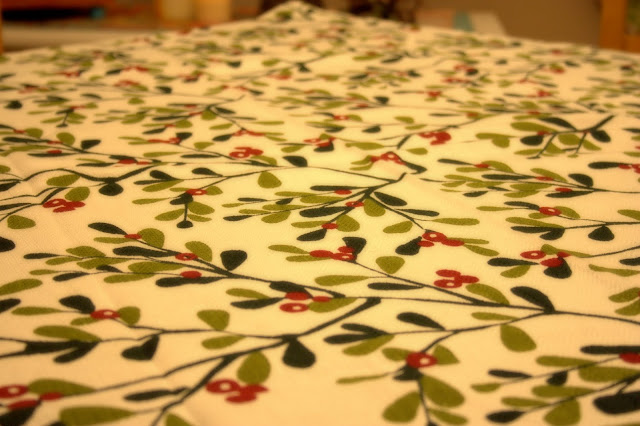 Next, the paper music was placed on top of the tablecloth.

A picture frame was purchased for $1.00 at a tag sale.  It was given a fresh coat of pretty willow green paint and then after it was dry placed directly on top of the music. 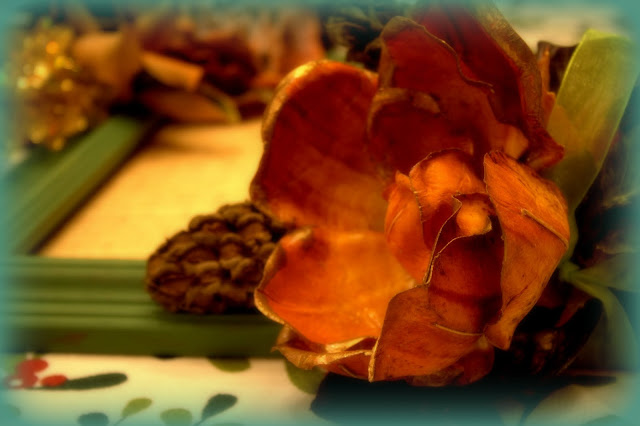 The pretty flowers were also tag sale finds.  A large bunch was $3.00.  I only used a fraction of these so an estimated cost would be about 50 cents.  Magnolia seed pods were added to the flower arrangements as well as dried magnolia leaves.  The arrangements were placed on two opposite corners.  A couple of little pieces of glittery gold leaves were added.  The glitter leaves were also from Hobby Lobby at 1/2 off for a cost of $1.49. 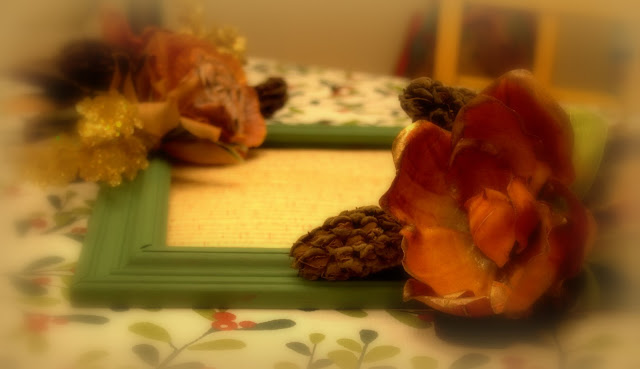 A large pear was made from muslin fabric.  Small rocks were placed in the bottom to weight it and then stuffed.  This was my own design, which I will share the pattern.  The pear was painted using water colors, after being stuffed.  The top was left open to stuff the fiberfill and then closed with gathered stitches.  A stick was placed in the center of the pear with a real magnolia leaf still attached.  The pear dried pretty quickly.  It was then placed in the center of the picture frame wreath. 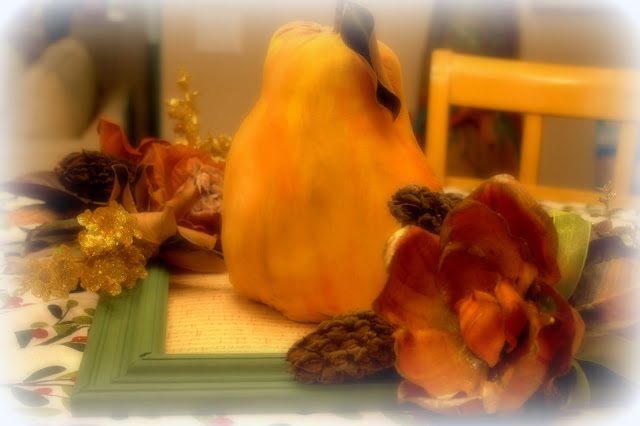 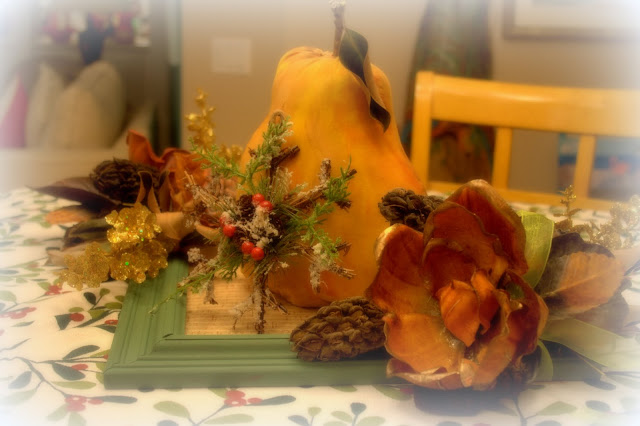 This sweet twig Christmas ornament was also found at Hobby Lobby.  The cost after the 50% discount was $2.00. 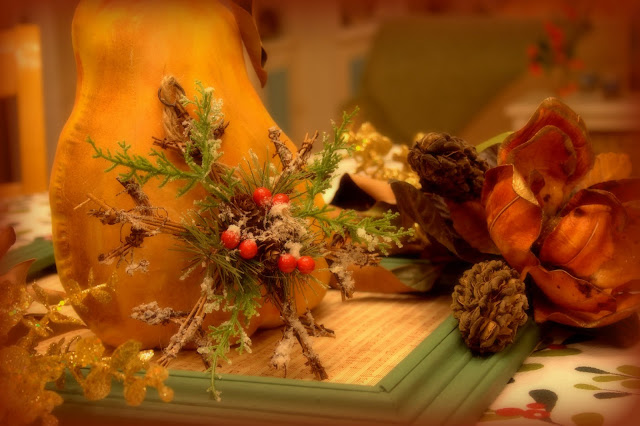 The little "Partridge" birdie rounds out the display.  He also was a Hobby Lobby find with a 50% discount for a whopping cost of 75 cents.
The total cost for this sweet unique table centerpiece was $6.24 plus a smidgen of fabric I had in my stash.  An estimated cost would be less than $1.00 for the muslin.  The watercolors I also had available. To be generous I will estimate the watercolor costs at $1.00.  Grand total $8.24 for this unique table centerpiece! 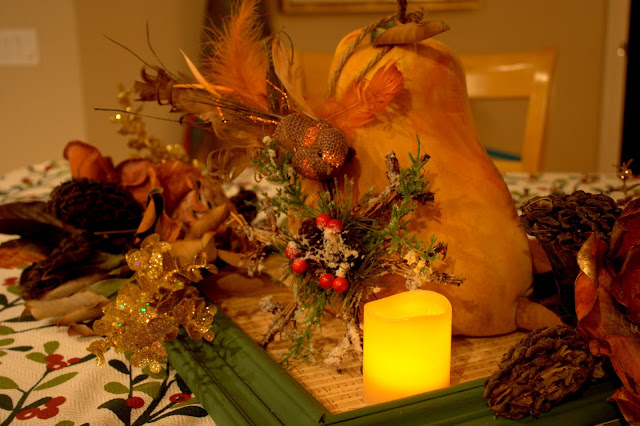 A little LED candle was added for ambiance. 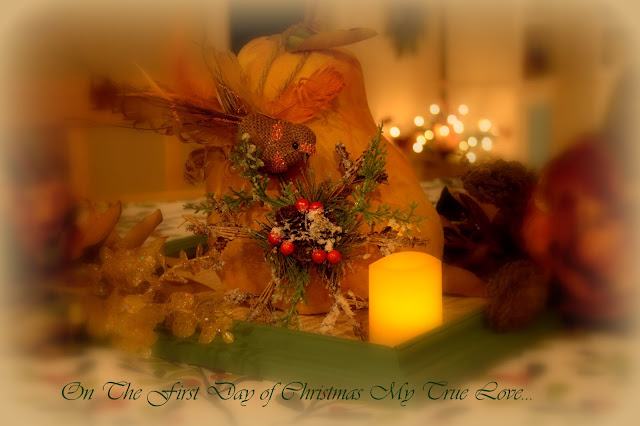 Merry Christmas from Quaker Hill farm to your home! 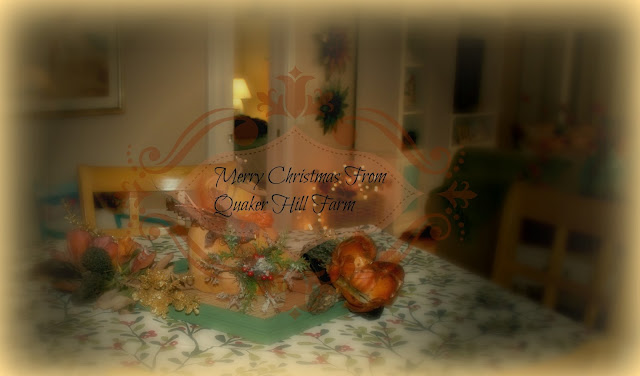 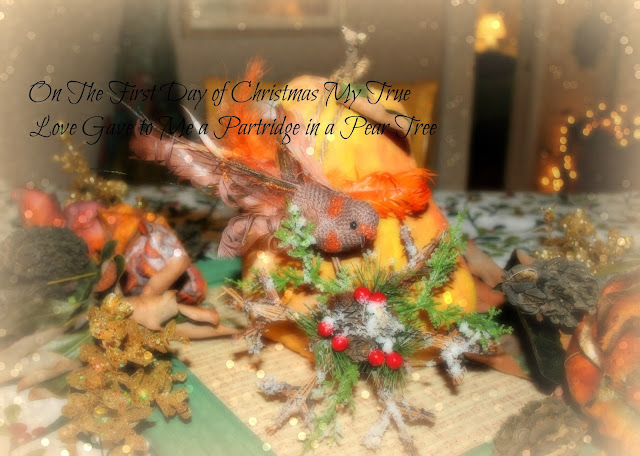 I leave you as I started this post~On the First day of Christmas my True love gave to me a Partridge in a Pear tree! 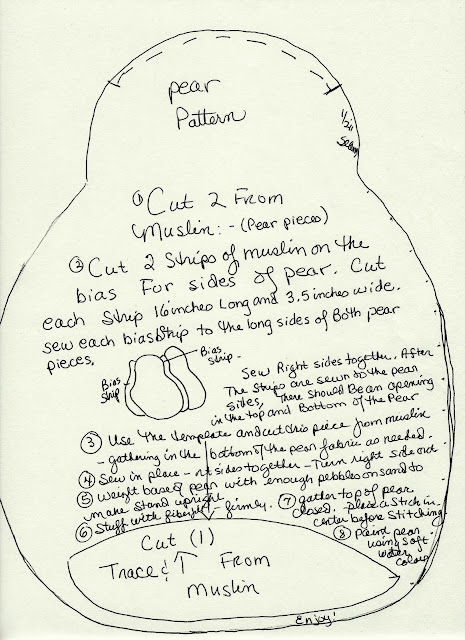 Posted by quakerhillfarm at 5:17 PM